AFL Women’s advocate Pam Andrew first reached out to the AFL Masters National Carnival Board in 2015, with one season under her belt and a burning desire to play footy in her own age group.

She found the Carnival Board had their own aspirations for including women in the master’s version of AFL and were incredibly receptive to the idea of expanding the AFL Masters community to include women to play alongside the men.

In just 5 years AFL Masters women have made their mark in AFL history, with a favourite re-take on the 1970’s classic “Up there old Ladies, let’s show them how it’s done!”

Gold Coast, QLD heralded the first women’s games with a four-day tournament.  It was Pam’s persistent and collaborative effort that saw the teams come together.  NSW had a stand-alone squad, Victoria’s squad accommodated representatives from Metro, Country, ACT, Tassie and NT, whilst the host state QLD had a fierce effort in the last 2 weeks to get their team together.  With a strong team led by seasoned coach Tracey Kick, NSW were the inaugural 2016 Carnival winners.  That first meet and greet for the women’s players was memorable, with some players having played each other as state reps 20 years ago, together with green rookies, all excited to have their first chance at the master’s level. 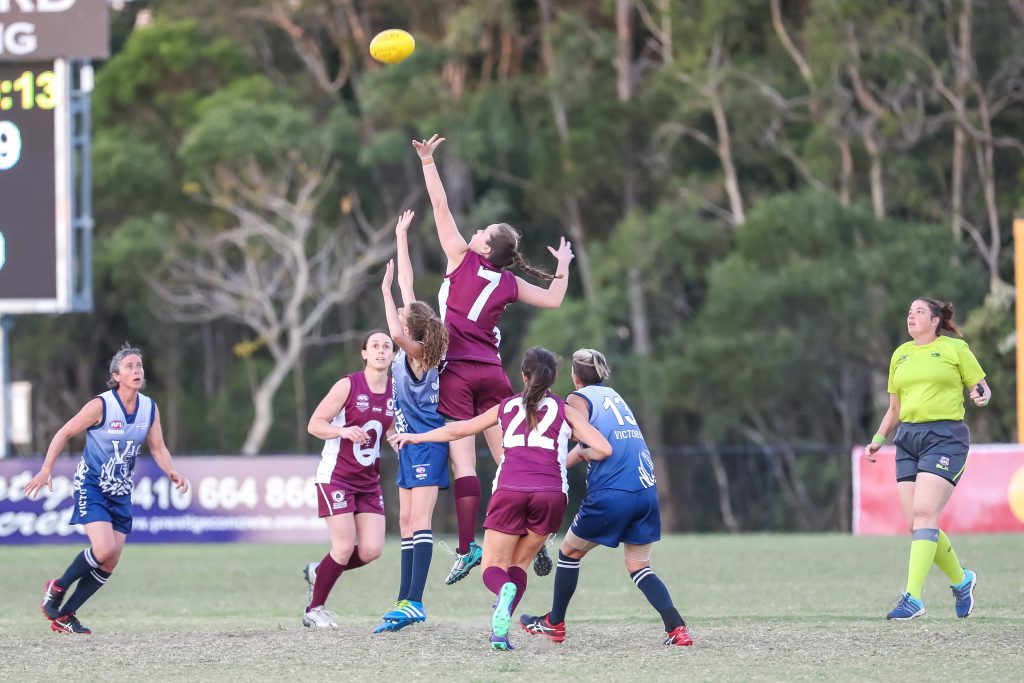 Geelong, VIC built off the great excitement of 2016, with a stand-alone Tasmania, Western Australia and South Australia team joining in, as well as separate Vic Country and Vic Metro teams.  With players from every state in Australia, and games played at Symonds Stadium it was certainly a carnival to remember.  NSW went back to back to win their second title.  Susan Alberti also came onboard as the Women’s Masters Patron at this time, bringing a vast experience of football, and much enthusiasm for her role. 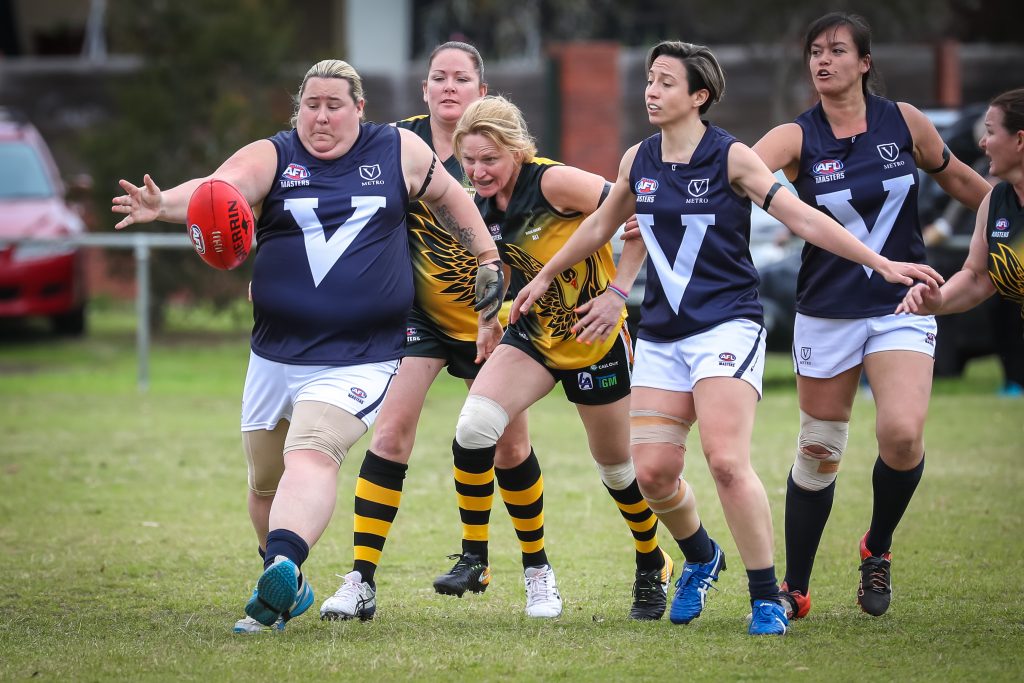 Coffs Harbour, NSW marked a significant shift within the AFL Masters community with the women’s teams being successfully integrated under their respective state umbrellas, allowing for supportive environments for training, team building, and resource sharing.  Susan Alberti commented after the carnival on how remarkable it was to watch men and women playing side by side on an equal playing field and cheering each other on. QLD won their first title as Div 1 Champions, and WA won their first in Div 2. 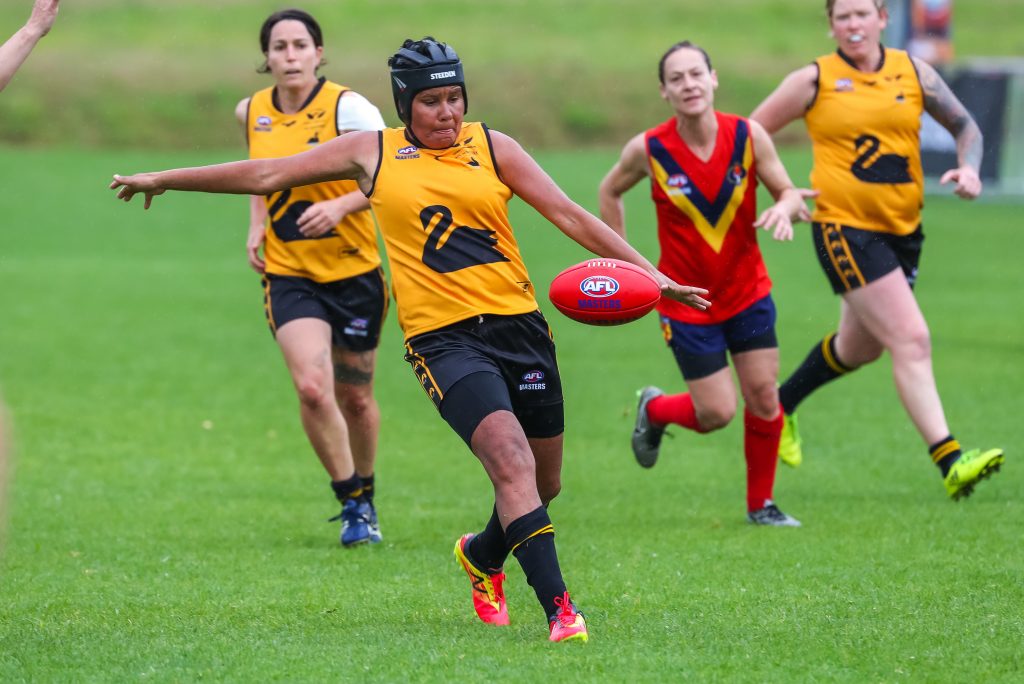 By this time Victoria had introduced the first state competition for older athletes, increasing participation numbers in the Vic Metro region. Building on this enthusiasm at the start of 2019 a group of AFL Master’s women were lucky enough to play the first ever formal Over 40’s exhibition match at Melbourne’s Marvel Stadium as part of a curtain raiser to a double header AFLW line-up. Fittingly, this match featured National Carnival players from all over Australia.

The 2019 National Carnival, Townsville, QLD provided some unique experiences for many new players, with games played on Magnetic Island and at Riverway Stadium.  The Townsville carnival also featured several players who have been part of the action since the National Carnival first included women in 2016, including Michaela Ekman who played her 300 game at the carnival.  The 2019 National title went to QLD who benefited from recruiting some local talent from the Townsville region.

2019 also heralded the establishment of a new local Masters’ women’s competition in WA which will continue to grow ahead of the National Carnival in Perth in October 2020. 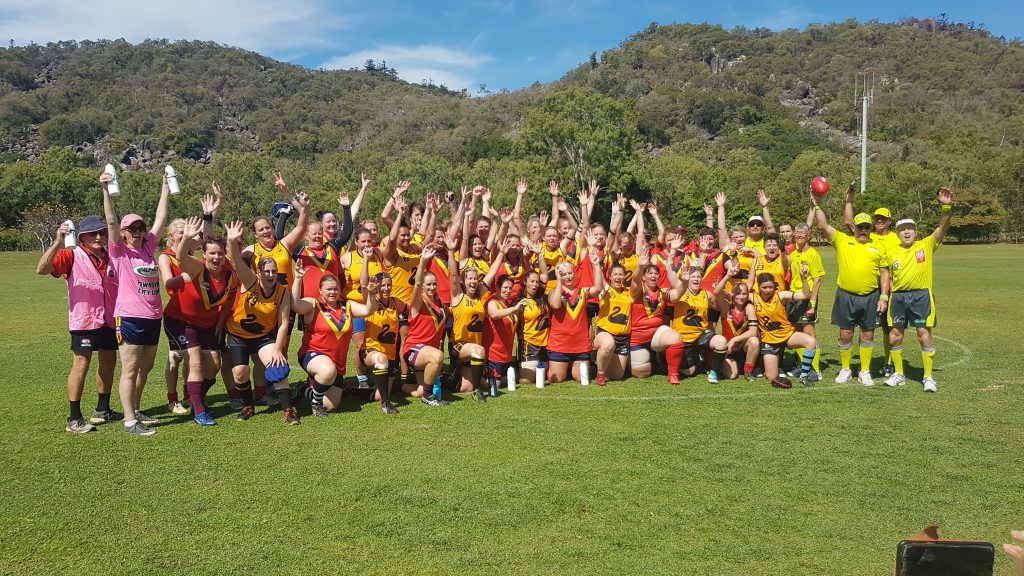 A Women’s Mini-Carnival in Canberra, ACT in mid-December provided the opportunity for the women to continue building their momentum from the previous few years and not be deterred by a COVID-interrupted season which included a cancelled National Carnival scheduled for Perth. Held at Ainslie FC’s home ground, the mini-carnival featured teams from NSW, Vic Country and Vic Metro as well as the first ever ACT Women’s Masters side and an inaugural Indigenous women’s team.

The 2021 Carnival held in Perth, WA was earmarked to be the largest one for the Women’s Masters competition but once again COVID-19 upset plans for the second year in a row.  Although the Carnival did continue, the Eastern States were restricted from competing due to WA Border restrictions with just South Australia joining 3 teams from Western Australia for the week.

In some exciting news in late December 2021, Sport Australia announced that AFL Masters was successful in receiving a $275,000 grant to help increase the participation rate of women playing Masters Football.  All is geared up for a bumper 2022 year for women’s footy.