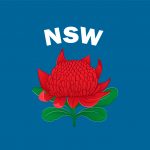 Another fabulous NSW team assembled for the 2019 Carnival, following the successful year of hosting at Coffs Harbour.  From the early days of passionate advocacy by pioneering NSW players the women’s team is going from strength to strength.  There is a real buzz about creating a space for older women to play footy.  AFL Masters provides both a welcome opportunity for experienced players to re-live their footy days, as well as a chance to introduce AFL to new athletes from other sports.

Women’s Liaison Officer Emma Chester works on the NSW Masters Committee to develop and co-ordinate resources and support for the NSW Carnival teams.  She described the National Carnival as a chance to wind down the year, to play for fun, to catch up with amazing friends, and to meet many more new ones.

While NSW is yet to establish a local competition, Women’s Masters are recruiting from the senior competitions and building the momentum for older athletes who are keen to continue playing, or to take up a new sport.. 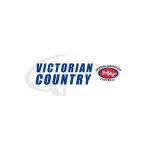 With over 20 years of strong AFL master’s culture, Victorian Country always compete with a strong women’s team at the National Carnivals. With the meteoric success of women’s footy nationally, Vic Country’s President Tony Lovett has worked resolutely to build the women’s participation at the master’s level. The Vic Country Board currently has three female members, and a player focused governance structure, with the President’s strong vision at the core of the welcoming environment.

With the establishment of the local competition in Vic Metro, many of the Vic country girls take the opportunity to join in with their city mates for regular AFL Masters games.  Vic Country will bring their relaxed game, and a good country vibe to this year’s Carnival, and are looking forward to catching up and having a ball with teammates and opponents. 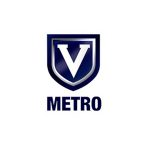 We welcome Women of all ages (35 + ), and abilities to join in the fun and play AFL Masters Football. Looking forward to the Perth Carnival in September, our Board have appointed Coaching Staff, and expect strong representation for Vic Metro in the Women’s Division. 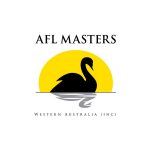 AFL Masters Football WA is a strong vibrant community, with 42 Clubs affiliated throughout the state, including clubs in Karratha, Kalgoorlie, Broome, Geraldton, Albany, Bunbury as well as AFL strongholds of Perth and Fremantle.  Country Carnivals are held in the regions, and an annual country carnival in Perth. Western Australia’s Masters Board has worked hard to build resources and profile, and with the support of the clubs, there are now growing opportunities for older female athletes to play Footy for Kicks.

Whilst most of the women are being recruited from the seniors and amateur clubs, the WA AFL Masters held 7 women’s matches in 2019 with teams from 3 of the Masters’ clubs.  In 2020 there are plans for a full women’s competition that will be driven by the home state enthusiasm for the National carnival. 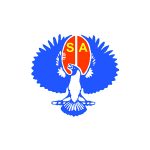 Masters Footy in South Australia is all about family involvement and fun social interaction, and there are positive signs of growth in the AFL Masters SA community now that women are becoming involved.  Back to back premierships from the AFLW Adelaide Crows team are inspiring women of all ages to take up the sport, and the SA National Carnival team is now offering that vital link in the pathway for women from juniors to masters.

The SA women’s team comprises a wide range of experienced players, from senior club players and some coming out of retirement as well as others who have never seen a game on TV.  Whilst there are no plans yet for a local competition the SA team is always well represented at the National Carnival and play in the true spirit of “footy for fun”. 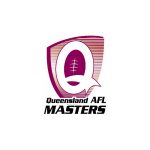 Queensland has over 1500 players and 32 clubs playing masters, from Maroochydore and Coolangatta to Townsville and Cairns, with competitions are also held across regional Queensland. Although yet to have a women’s team in the master’s clubs, it is clear that women’s footy is a major part of AFL Queensland. Currently 41% of participants are female, and the state has a vibrant QWAFL league, and strong national success for QLD players.

The National carnival squad generally is made up of players still committed to the senior leagues.  With players spread out over the state, training opportunities are provided by local support and encouragement from the master’s clubs with men’s teams.

Title defenders Queensland are keen to get together a strong squad to defend their title in WA. 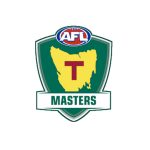 The Tasmania women are enthusiastic about building a core of masters’ aged players, however as the female AFL competition in Tasmania is slightly younger than most it will be some time before they have an integrated local competition.  This has not deterred them from becoming involved in the National Carnival which they have been attending since its inception.  Disappointed that they missed the 2019 Carnival in Townsville they are keen to travel to Perth in 2020 to make their carnival comeback. 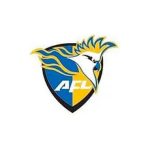 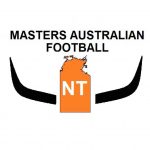 ACT will be recruiting hard this year to boost numbers at the National carnival with the possibility that 2020 will mark the entry of the first ACT women’s team.  In future years we hope to see increased numbers of women participating in these states that will see local competitions and stand-alone national teams for ACT & NT.